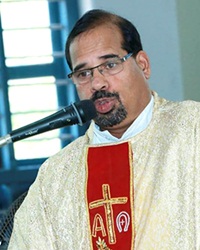 Born on 22nd of April 1963 at Berva, Thumbe of Bantwal parish Fr Faustine did his early education in Madankap. He completed his PUC from ‘Sri Venkataramana Swamy College, Bantwal’ before graduating in BA from Manasagangotri, Mysore. A post graduate in Sociology Fr Faustine completed his Diploma in Social Development from the Coady International Institute, Canada. He also did his Diploma in Formation, certificate course in Journalism and certificate course in Participatory Approaches to Development, thus gaining vital knowledge and mastery over diverse subjects.

Fr Faustine had joined the St. Joseph’s Seminary, Jeppu in 1981 and was ordained as priest in 1990 at the Milagres Church, Mangalore. Since becoming priest Fr Faustine has served in various capacities including as Director of Bhalki Mission, Bidar and as Asst Parish Priest at Our Lady of Dolours Church, Vittal and St Joseph’s Church Pezar.

He also served as Parish priest of Fatima Church, Miyapadav for a brief period, He has held several important portfolios at the diocesan level - as Asst Secretary and Secretary of CODP, Director Catholic Charities, Director RUSEMP Pakshekere, Director of St Joseph, the Worker Agricultural School, Vamanjoor, Director of Institute of Social Development, Nanthor. As Development Consultant of “Caritas India”, Karnataka Region he has helped to build Diocesan Service Societies of Bangalore, Belgaum, Bellary, Belthangady and Gulbarga.

During his tenure as the Secretary of the CODP, he was instrumental in setting up the commercial complex for CODP in Nanthoor to make the CODP self reliant. He played a pivotal role in promoting the cause of the women through ‘Women Empowerment Programme’ and the protection and conservation of natural resources. He took keen interest in establishing the ‘Bandhavya’, a network of NGOs in Mangalore and the ‘Karnataka Griha Karmikara Abhivriddi Vedike’ for the welfare of the domestic workers.

Fr Faustine has been a renowned resource person on several subjects in Social Development and is known for his excellent communication skills. He was the only delegate from Karnataka to participate in the ‘Asian Mission Congress’ held at Chiang Mai, Thailand in 2006.

As Director of the Pontifical Mission Societies in India, Fr Faustine L Lobo responsibly worked for helping the cause of the missions at the national level. He also monitored the projects proposed and sanctioned by the congregation. Endowed with the rich experience he has gained in his diverse capacities at the diocese and under his able stewardship Fr Faustine was an asset to the Pontifical Mission Service which served as Director.

His brief profile with Position and responsibilities held as below:

Ordination: On 10th of May, 1990 at the Milagres Church, Mangalore.

Performance profile
Established the network of NGOs called ‘Bandhavya’ in the Diocese of Mangalore which is working as the body that helps the NGOs to think together and work in collaboration.

Helped several National, Regional, Diocesan organizations, developmental NGOs and Congregations of the Religious to plan. Has a special talent for helping organizations and people to systematically plan. Known for giving clear understanding on Vision-mission, goals and objectives.

In the year 2000 has organized a seminar on Participatory Approaches to Development for a month at the Institute for Social Development (ISD).

Responsible to establish more than 400 Self Help Groups, at least 40 Cluster level Federations and 3 Federations for women in the Diocese of Mangalore. Promoted Natural Resource Management by creating model watershed management areas in Ferar, Miyapadav & Tallur.

Played an important role in developing the ‘Internal Learning and Monitoring System’ module for Karnataka Self Help Groups at the Karnataka Region.

Instrumental in putting up a commercial building for the CODP.

Participated actively in 4 of the National Assemblies of Caritas India.

Facilitated the ‘Perspective Planning’ for all the Commissions of CCBI and of the Regions of Karnataka, Orissa (22nd – 23rd 2010) and Kerala.

Facilitated the planning for the Congregation of the Bethany sisters in 1998.

Facilitated the planning for the Bangalore Province of the Charles Borromeo Sisters in 1998.

Facilitated the planning for all the 17 Commissions of the KRCBC and of the different Diocesan Commissions in Karnataka in 2001, 2003, 2005 & 2008. Four editions of the Karnataka Region Pastoral Plan were brought out in this process.

Facilitated the planning for the Calicut province of the ‘MCBS Fathers’ in 2007 & 2014.

Facilitated the ‘Perspective Planning’ for the Dioceses of Tura in Meghalaya; Aizawl in Mizoram, Kohima in Nagaland and Berhampur in Orissa, Shimoga, Gulbarga, Udupi and Mangalore in Karnataka.

Facilitated the Perspective Plan of Federation of Konkanni Catholic Associations (2015) Workshop to set up the Vision & Mission Statements for the National Commission for Small Christian Community.

Has given numerous trainings to the Religious, the Clergy, Social Workers and NGO staff on varied subjects.

Has conducted numerous trainings on topics related to Social Development at the National and Regional levels in a special way the Caritas India and the KROSS. The area of expertise is Participatory Approaches to Development besides training on Rights Based approach and Natural Resource Management.

Well appreciated for the Communication and Training skills. The logical development topics and the participatory methodology of pedagogy is a forte.

Instrumental in the formation of the Karnataka United Christian Forum for Human Rights (KUCFHR) of the all Christian churches in Karnataka.

Addressed the 10 Conferences organized by ‘Catholic Mission’ in Australia (2013)
Helped the Conference of the Catholic Bishops of India to plan for 5 years. (2016)
Addressed National Conference of the Diocesan Directors of PMS in Canada (June, 2016)
Helped ‘INDOCERT’ the certifying agency for organic produces for planning (20-21 January 2017)
Helped the All India Catholic Union (AICU) to plan for 5 years (21-23 June 2018)

All India Radio, Mangalore – Half an hour interview on ‘Conservation of Natural Resources’ (2001)

News 9 English - Panel Discussion (Live 0n 08.07.2011 from 5-6pm) on the introduction of Bhagvad Gita by the government into the curriculum of Primary Schools.

TV 9 Kannada - Panel Discussion live on 14.07.2012 about the conversion of Siddhartha Mallya to Christianity and being a pastor.

Production and telecasting a Tele-serial called ‘Divya Sannidhi’ every week (on Sundays from 8.00-8.30pm) since the 31.04.2013 for 2 years on different historical and significant Churches in Karnataka. This programme is first of its kind in India. We have telecast 104 episodes of the same. The churches were presented as centres for change in the society with the religious, educational, medical, and developmental programmes conducted for the people. 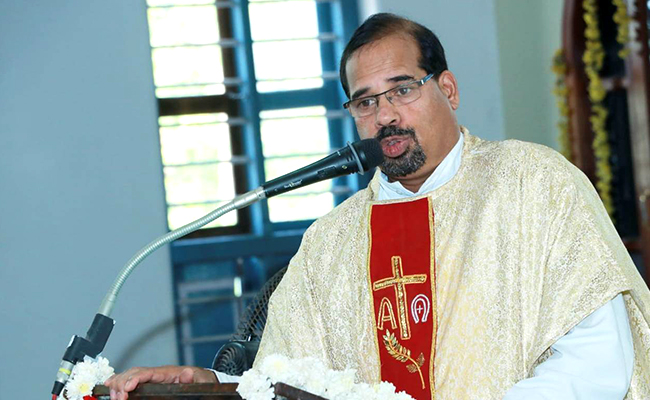 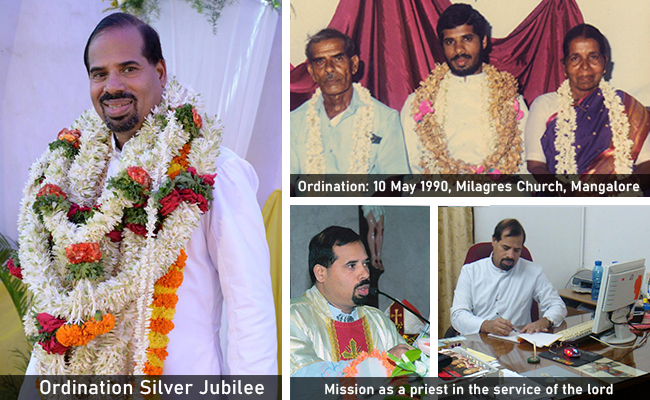 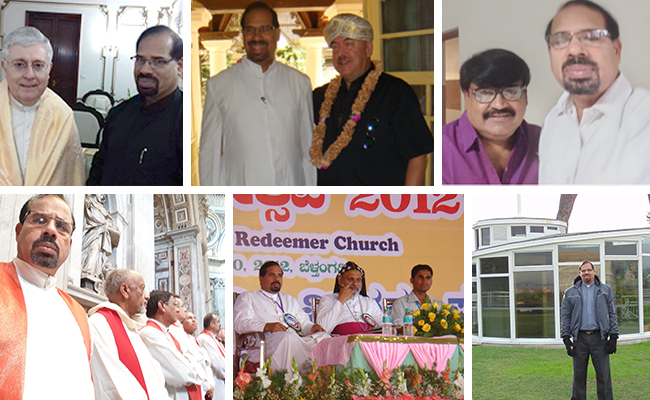 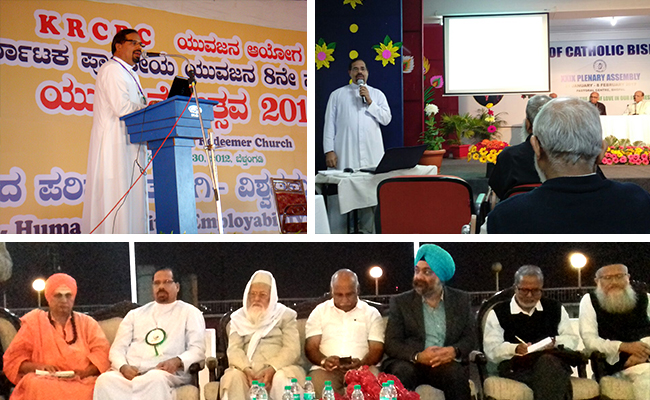 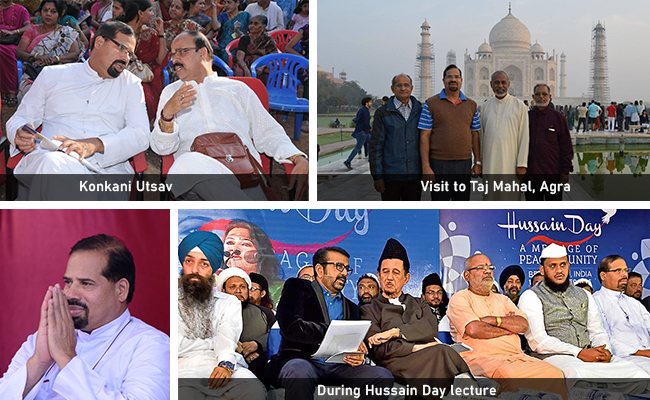 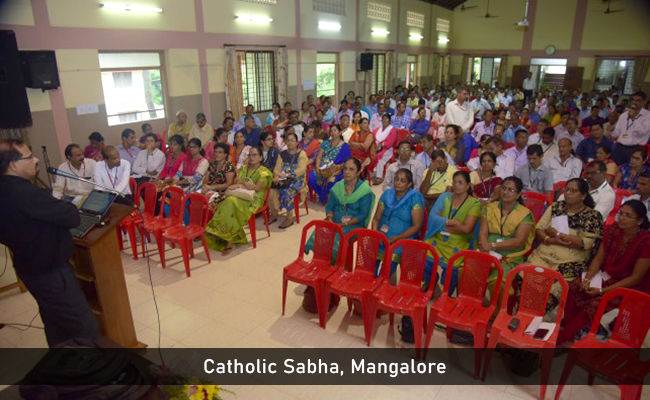 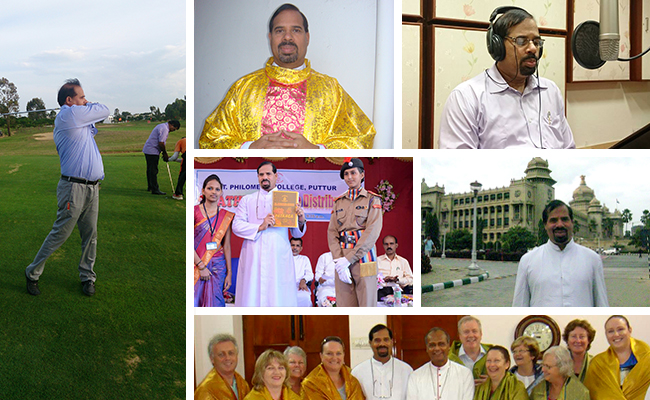 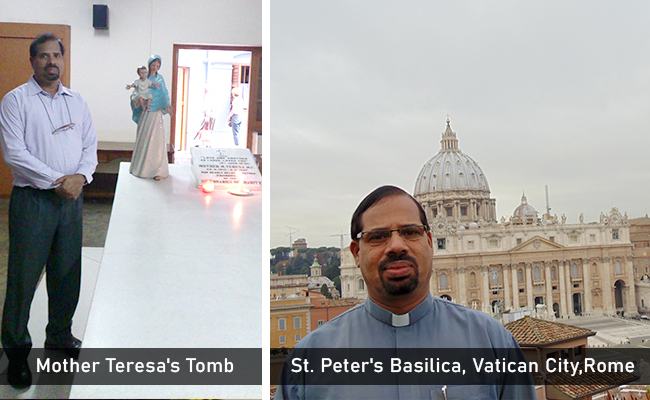 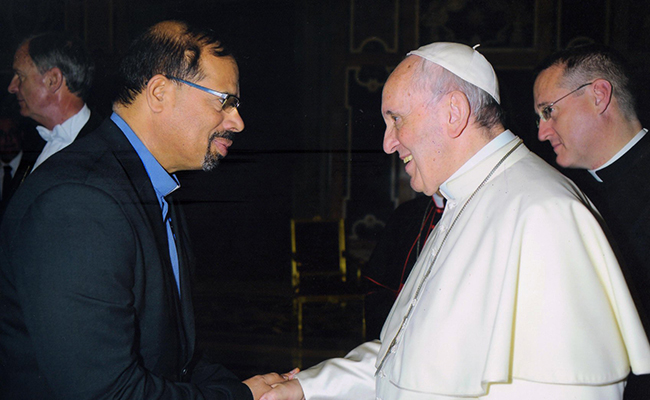 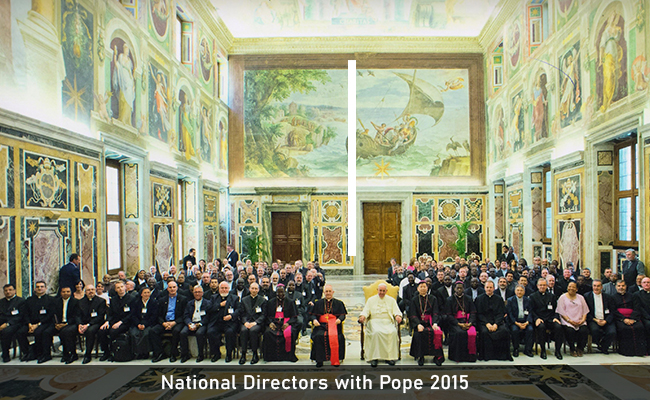 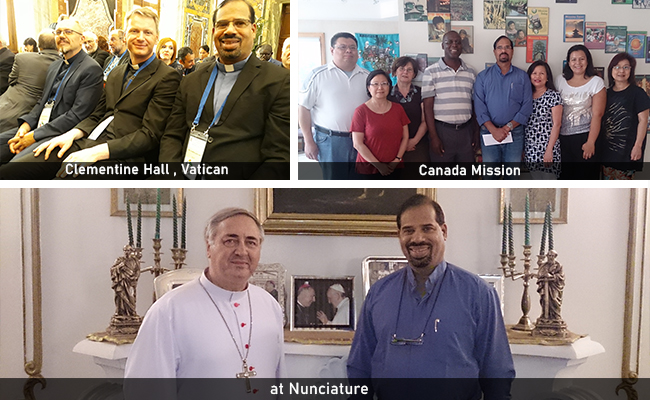 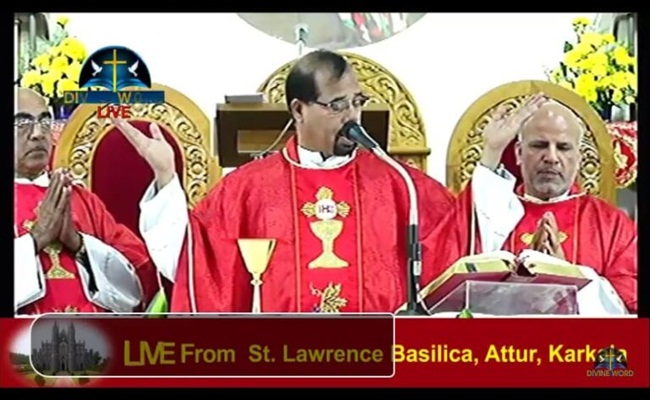 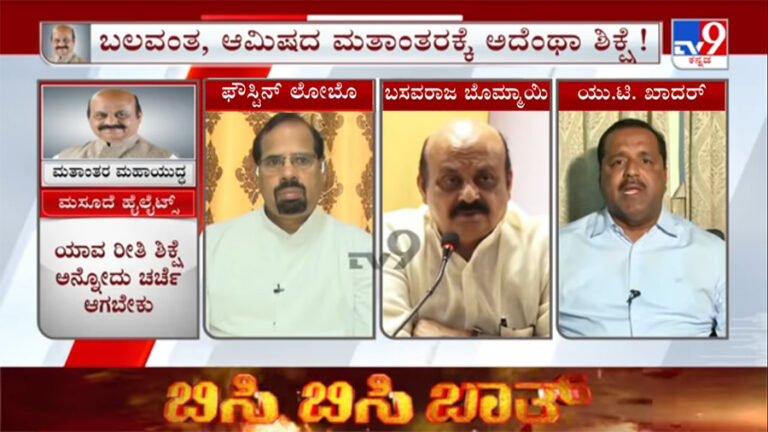 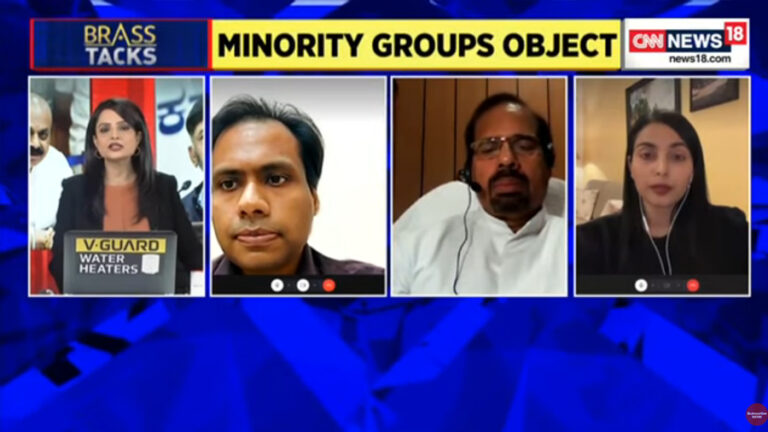 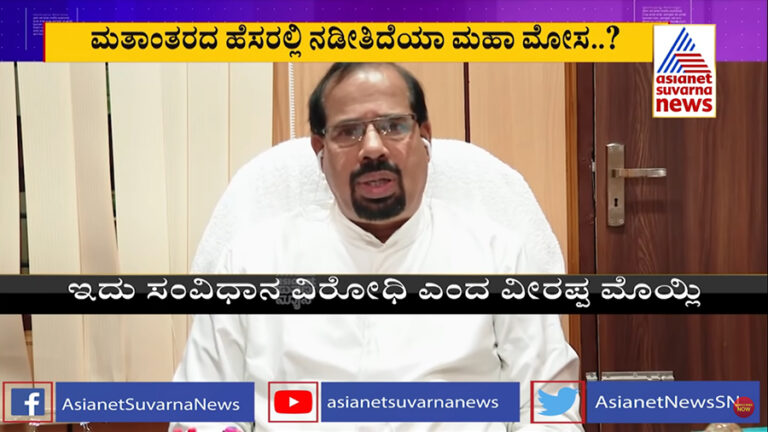